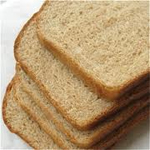 Scan เพื่ออ่านบนมือถือของคุณ https://tinyurl.com/yanc43hr
ก - | ก +
Selenium (Se), one of the trace elements, is a nutritionally essential mineral that exert many important biological functions. Se is essential in the synthesis of selenoproteins such as glutathione peroxidase (GSH-Px) (participates in process of detoxification) and thioredoxin reductase, optimal function of the immune system, and optimal neuropsychological function. Se also acts as an antioxidant and as a regulator of metabolism. Selenium plays an important role in the control of thyroid hormone metabolism and proper reproductive performance as well. One of the most researched and studied functions of Se is cancer protection.

Selenium deficiency may cause reduced growth rates owing to a feedback response which lowers triiodothyronine mediated synthesis of growth hormone in the pituitary gland, whereas a combined deficiency of selenium and iodine exacerbates hypothyroidism. Two diseases which are associated with severe endemic Se deficiency in humans including Keshan disease (a disease of the heart muscle that afflicts children and women of child bearing age), and Kaschin-Beck disease (a deforming arthritis) occurs in rural areas of China and Russia (eastern Siberia) are linked to food systems with exceedingly low Se content. For example, Keshan disease has been found in many mountainous provinces of China where Se levels in soil are very low. The incidence of the disease has been dramatically reduced by the prophylactic administration of oral tablets containing Na2SeO3 or selenite-fortified table salt.

Most of the reported cases of human exposure to hazardous levels of Se have involved occupational exposure and accidental oral consumption of various inorganic Se compounds. Signs of toxicity, referred to as ‘selenosis’, include skin and nail changes, tooth decay, and nonspecific gastrointestinal and neurologic abnormalities.

The Recommended Dietary Allowances (RDAs) for selenium are 55 mcg/day for women, men, and adolescents (aged 14 to 18) and 20 to 30 mcg/day for children. For infants, the Adequate Intake (AI) is 15 to 20 mcg/day. The RDA during lactation is 70 mcg/day. Combs Jr GF stated that in order to provide regular adult intakes, at least 40 mcg/day is needed to support the maximal expression of the Se enzymes, and perhaps as much as 300 mcg/day to reduce risks of cancer.

Human obtains Se from foods, as selenoamino acids (selenomethionine, selenocysteine, and selenocystine). Thus, individuals with low intakes of protein will also have low intakes of Se. Se enters the food chain through plants. The selenium content of plant foods depends on the bioavailable selenium content of the soils in which they are grown. Selenium which is present in cereals and most vegetables (mainly in the form of selenomethionine) has a higher bioavailability than that observed in dairy products or meats. The Se content of fish is high, presenting a relatively high bioavailability and the same is true of seafoods. The top 10 selenium-rich foods are as follows:

As one can see from the table, there are many kinds of foods that are good sources of dietary selenium. In order to maintain a healthy body, a balanced diet is essential.

Note: An educational article about foods and nutrition by Pattamapan Lomarat (B.Sc. in Pharmaceutical Sciences), Department of Food Chemistry. Edited by N. & V. P. of U.K.